The list below includes courses that originate in Comparative Literature as well as a large number of courses that originate in other departments and are cross-listed here in in Comp Lit. If you are a student looking for a literature or film course taught in English, this list should cover most of the available options, with the important exception that we have not tried to cross-list all the courses taught in the English department, so be sure to check their course list as well.

Students majoring in the program should consult with the chair or their advisor during registration period to learn which courses satisfy specific requirements for the major, particularly which courses count for core credit.

Catalogue listings for Fall 2021 Comp lit courses can be found here. For all current and recent Comparative Literature courses, expand the list at the bottom of this page. 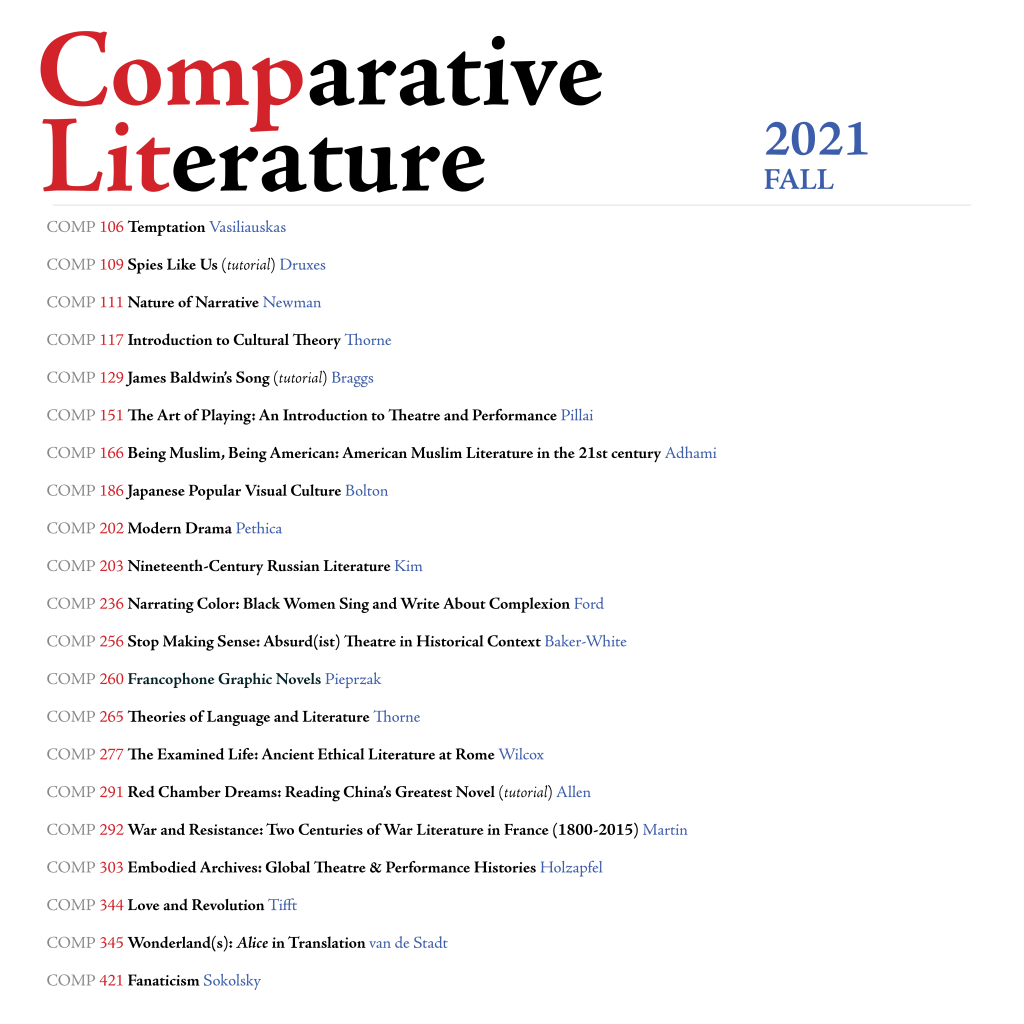 See our Covid-19 website for strict health and safety protocols for those who remain on campus. All Williams College buildings are closed to the public and visitors until further notice.